Signed Into Law – Legislation to Require Developers to Offer Carbon Reducing Concrete in New Construction
S3091/A4933 (Addiego/Burzichelli) will require developers to offer as an option in new construction the use of unit concrete products that utilize carbon footprint-reducing technology. NJBA was successful in securing several amendments, however, the law has technical flaws that NJBA will continue to seek to address. The Department of Community Affairs in conjunction with the Department of Environmental Protection is tasked with promulgating rules, establishing standards and creating a list of certified products that meet the terms of the law. NJBA will be closely monitoring the implementation of this new law and will provide updates as more information becomes available.

Conditional Veto – Building Code Inspection Reform
Both houses of the Legislature voted unanimously to approve A4850/S3095 (Karabinchak/Diegnan), which would establish an expedited construction inspection program and permit an applicant to utilize a private inspection firm in the event that the municipality cannot fulfill its statutory obligations of providing inspections within three days of request. The Governor indicated in his veto statement that he wants to conduct a two-year study to evaluate the issues within the code inspection process and determine components of the LSRP program that may be applicable to the reform. NJBA will continue to advocate for solutions to address the unprecedented delays in building code plan review and inspections that are increasing costs, stifling the state’s economic growth, and adding to NJ’s reputation as unfriendly to business. The measure awaits concurrence by the Assembly.

Absolute Veto – Bill to Require the Transfer of Excess Building Permit Fees to General Fund
S3868/A5895 (Sarlo/Giblin) would have allowed the transfer of excess fees from a municipal building code department to the municipality’s current fund balance. NJBA raised concerns that this bill would permit a municipality to overcharge builders for permits and divert any surplus into the general fund and worked with the sponsor to refine the bill for limited application in unique situations. However, the bill was ultimately vetoed by Governor Murphy.

Absolute Veto – “UCIOA Light”
A4265/S2261 (Conaway/Singleton) would have initiated the process to consolidate the NJ statutes governing common interest communities (homeowners associations, condominiums, and cooperatives). Under this measure, NJ would have adopted certain portions of the Uniform Common Interest Ownership Act (UCIOA) – a model law published by the National Conference of Commissioners on Uniform State Laws which is utilized in many other states. An NJBA working group engaged with the sponsor and other interested parties to secure amendments that would have ensured these particular statutory changes are sensible, clear and absent of unintended consequences. The bill was also vetoed by Governor Murphy. 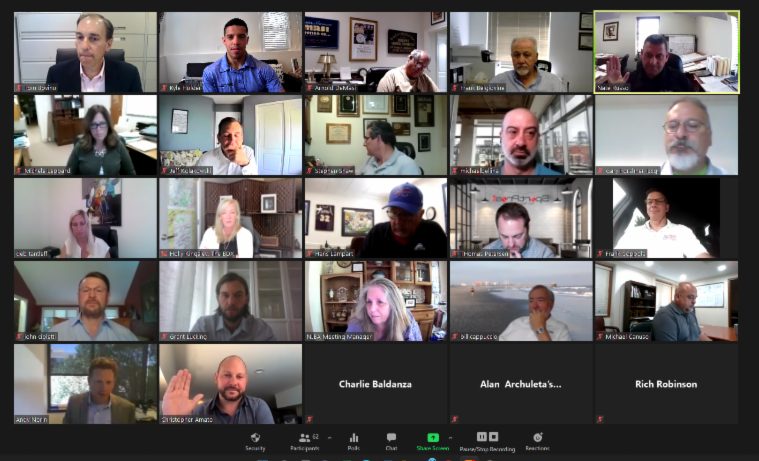 NJBA Board of Directors Swears in New Officers